I was having a good day until suddenly my temper just started rising.

It all started when I tried to stop a little boy playing with the escalator. Not ‘at’ or ‘in’. He was playing WITH the escalator.  I panicked when I saw him squatting down in front of the escalator, poking his small fingers dangerously at the moving stairs(?). So I did what all responsible person would do. I told him he can’t play there. And the next thing I know, his mother was shouting at me.

Me: *Puzzled coz I wasn’t touching the boy and everybody started looking at me*

And theeeen, she made the biggest mistake of her life. She pushed me (aside to get to her son).

By then, 2 security guards came to us.

Me: Dengar sini baik2 ya. Saya nak buat baik, awak tengking saya and awak tolak saya.  I can sue you for physical aggression.

After that incident, I was getting pissed off even for the smallest reason. Example; a girl walk in front of me conveniently swaying the plastic bag she was holding and it ALMOST hit me, so I told her off (but at least she said sorry). Another pms episode was when I was lining up to pay at the cashier. The person after me was standing too near to me and kept bumping my behind with the bakul she was carrying. So I told her that the line won’t go any faster even if she was my kembar siam. She just said ‘oh!’ and move herself away from me. And the last one was when I took the escalator up and a girl wearing the shortest skirt ever was standing a stair above me and I saw her undies (yucks!). I told her she should pull her skirt down a bit. She looked at me puzzled. And then I told her, ‘you are wearing a pink flowery panty’. She was so embarrassed and kept pulling her skirt down after that.

PHEW! I’m all okay now. Much better after venting the anger out. I apologized for those who was offended. And for the bloody fool who let her child play with the escalator, I hope you realize that once the fingers are crunch and cut off, it will not grow back.

A big huge thanks to the wonderful photographer, Khairil. Highly recommended for any occasion. 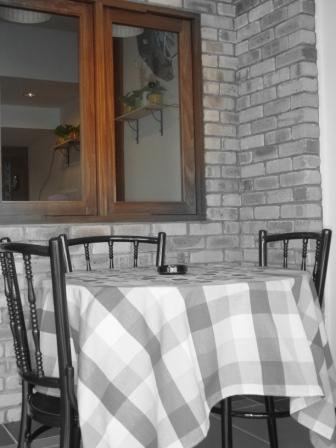 Congratulations to my Shah Alam posse. After a whole lot of planning and good strong will, alas, I present to you; Pohon Rendang – Home of Laksa Johor. I’m not gonna be biased but the Laksa Johor is really to die for! They also have the usual lauk-pauk spread which rotates everyday. The lauk-pauk spread includes Ikan Pari Bakar, rendang ayam, hati ayam masak kicap, asam pedas, kerabu mangga, etc… After 3pm, they will do ala-carte (eg: nasi goreng pataya, paprik…). And everyday, they will also include special menus such as chicken chop, spagetthi (depending on the chef’s mood… Heh…).

How to get there? Just take Federal Highway, all the way to Padang Jawa’s exit. Take right at the traffic light, and then turn left, and it’s located at the third row of shophouses right in front of the UiTM gate (backgate, not the main gate).

Some pics from my previous visit: 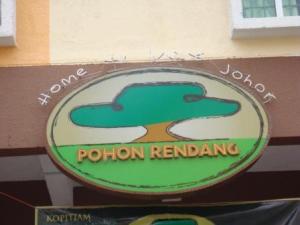 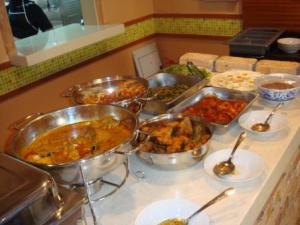 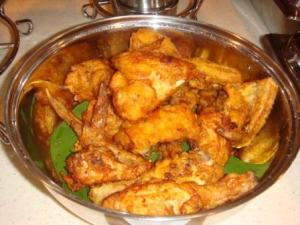 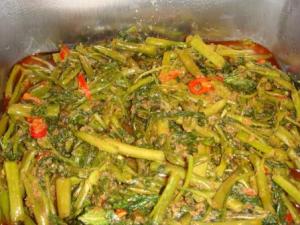 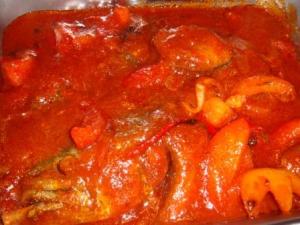 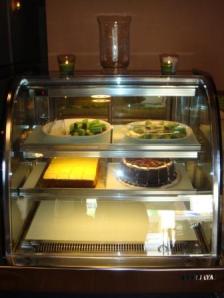 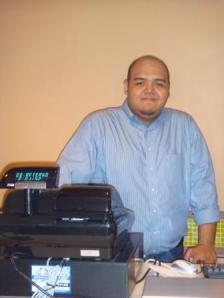 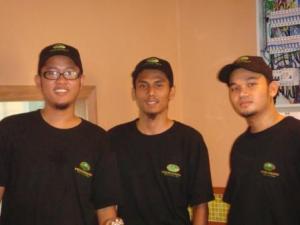 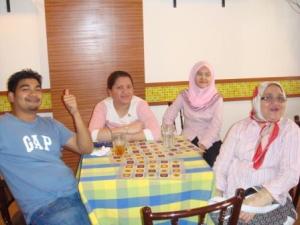 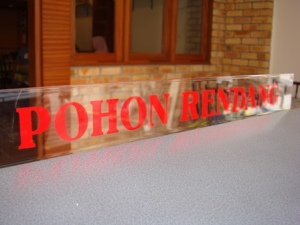 Despite of the not so good reviews, I went to see my favorite professor, Indiana Jones. My comments? Hmmm… Mixed feeling about it.

The not so good:

The moral of the story, is NOT to learn more than you are supposed to. Otherwise, you’ll burn your eyes and get you brains blown up. And also the aliens will take you away… I’m soooo glad I didn’t study at all when I was in school… Total grade I give the movie is a B minus. My advise to Steven Spielberg and George Lucas; please don’t over do the franchise. Make a new action hero franchise that doesn’t involve the terrorist, the mafia, or any communist in it.

I’m very much busy at the moment. Once I’m free, I’ll post up more nonsense.

Kiss,kiss,hug,hug: Queen Naboo (I’ve been watching Nacho Libre for the past one week… 😀 )

I might not be able to watch AI this week… My mom will undergo a surgery to remove some what what from her hands (I dunno what surgery… I think to unblock a few nerves so that she don’t feel achy all over her body). Anyways, I will be playing ‘nurse’ today and tomorrow and Thursday. I hope the room in Damansara Specialist got Channel 711 la… If not, it’s okay… It’s not the end of the world… 🙂

This season should be interesting. It will be a battle between 2 fan group. Both Davids have the talent and was very much the 2 favorites from the start. Let’s start with Elmo,

David Archuleta: He can forget all the lyrics every week and he will still be the 2 finalists. This kid can do no wrong. He’s just too adorable. IMO, for him to score big this finale, is to choose the correect song(s). In the past few weeks, he’s been very ol’ fashion in his song selections. And when he tried to be current again by taking on Chris Brown’s song, it just doesn’t suit him. I love THAT performance but it was a bit out of place. He’s very well connected with the oldies. He needs to work his magic like what he did with the Beatles song. I think, so far, ‘Imagine’ was his strongest performance. But who cares what I think. He’s got a few million screaming tweens who will vote for him. Go team Elmo!

David Cook: My first impression was; Daughtry wannabe. And now, I think he’s better than Daughtry. Why? He’s very smart. He doesn’t ALWAYS change the arrangements of the songs. But when he doesn’t, the judges kept saying he’s losing his touch. I think it’s a smart move. You can’t rock out Andrew Llyod Webber’s song! Certain songs needs to be sung as it is. And throughout the season, he’s got more A+ performances than the other contestants. The only thing that I don’t fancy about him is his pompous attitude. But whatever… If I can vote, it will definitely be him.

Btw, my fave Idols NEVER wins the title. Here’s a list of who I thought should’ve won the title:

Third: Anyone but Jasmine Trias… I like Anwar Robinson a lot on this season. But he’s not very versatile.

I hope my pick wins this season… 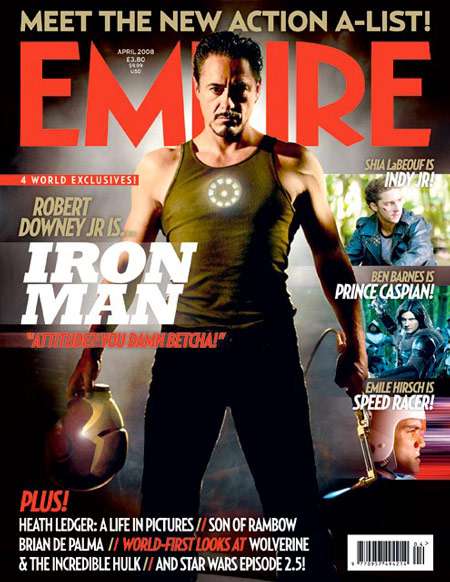 I never thought I’d be smitten over a middle age super-hero. I usually like my boys tall and pretty. Tall and pretty usually falls under a younger age group (20ish…). Mr Stark sure prove that being older means getting hotter with age. I think it’s the personality. The confidence and the very very sexy sense of humor makes the character perfect. Most super-heroes have a really mysterious or dorky personality (to avoid the publicity I guess). But Tony Stark is a person who will always be the center of attention. SIGH… This is not some school girl crush… This is ‘I wonder if my husband will look good in that leather jacket Tony Stark’s wearing’ kind of crush. And we shall call it, the big girl’s crush. SIGH… Cat, thanks for agreeing with me that he’s got a nice pair of behind!

So… You might want to kno what I think of the movie… It was not bad actually. I wish they showed some scene with him in his hot rod. The car was just too beautiful to be a non-moving prop in the movie. The Iron Man suit is fantabulous!  No offense to the rest of the superheroes, but, blue spandex with red undies worn outside (p/s: I still love you Clark Kent! No matter what you wear…)? And what about those bat ears? A full grown adult wearing animal costume (now it sounds kinky… but than again, if Bruce Wayne looks like Christian Bale, I don’t mind cleaning his batcave…)…. The Iron Man suit is a boy/man dream suit. It’s a huge wearable robot!!! Which boy/dude doesn’t like robots?! As for the ladies, who needs the suit when you can have the raw meat. He’s just too good looking. Wrinkles and all! I’ll take him!!!

For those who’d like to watch Iron Man, I recommend it very very highly. For those who’ve seen and didn’t enjoy it, too bad for you. For those who, like me, who’s currently thinking of buying the original DVD for keepsake, let’s all pray for a second Iron Man. Oh! And the soundtrack is awesome too!

Ziahlicious
Create a free website or blog at WordPress.com.