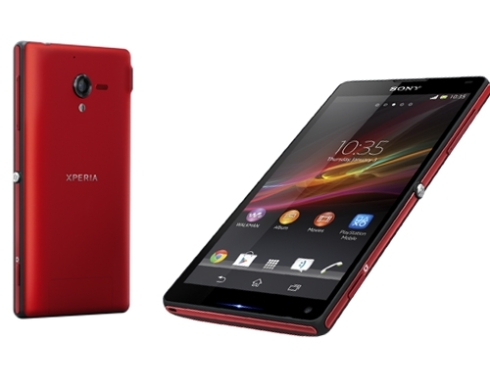 As you all know (or not), I am a fan of iPhone/Pod/Pad. Ever since Apple came out with an iPod, I was infatuated with it. And then came iPhones. Totally changed my life. I was willing to fork out nearly 3k for an underwater iPhone set just because they haven’t officially launch it in Malaysia. Since then, I make sure I was well equiped with the knowledge to maneuver those hi-tech gadgets. And ever since then, I didn’t even consider buying any other phones.

I’ve been using my iPhone 4 (which I fondly refer to as Yoda) since it came out with Digi about 3-4 years ago. I play, eat and sleep with it everyday until yesterday. I was and still am an avid smartphone user. Mainly for whatsapp, instagram, FB, net browsing and emails. I don’t really enjoy playing games on my phone. I occasionally watch videos on it. And sometimes I listen to songs as well. And I know for a fact any electronic gadgets will expire someday. For Yoda, it was yesterday.

No, Yoda didn’t die. Yoda crashed a few times since last month and I’ve decided in order to save Yoda, I must let Yoda rest. It’s time for a new phone. I really, really wanted to wait for the soon to come iPhone 5s but I know the price won’t look good. I was very reluctant to change from ios to android. I didn’t want to have to learn how to navigate a new system. And from what I heard, android is not as easy as ios.

Well, I should have known better and never listen to others before trying it out myself. I wanted the Samsung Galaxy for 4 but I thought it’s a bit pricey as well. So I went scouting for a quod core, 13mp, smartphone within my budget range of 1.5k. Saw the Sony Xperia ZL and didn’t think twice about it (after a few weeks of reconsidering of to android or not to android). The local Sony center was having a promotion and the price was just right.

After 24 hours of playing with Neo (yes, Neo as in The Matrix), here are some quick info, if you are interested in purchasing Sony or changing from ios to android:

So my friends, I cannot say which one is better. My only advice is to try it on your own before deciding which system better suit your liking. My Yoda was an A+, so I hope Neo will fare the same if not better.

No. Not a topic from your biology or psychology class. Well, actually it is but not in the sense of education for this post. It’s just that I was giving my girls a shower and the smell of Baby Johnson peach sabun strongly reminds me of my TKC days. Mungkin sebab zaman tu semua orang pakai sabun tu kat sekolah. Sofea Jane did a fantastic job in assuring us that we all would be a beautiful baby when we use that sabun. Heyyyy! I enjoyed the sabun and eventhough I didn’t come out beautiful from the shower like her, I smell nice!

You’d definitely have some sort of smell triggerred memories kan? Other than the sabun, Hugo Boss’ perfume reminds me of my husband. Tukar macamana pun perfume, whenever I come across Hugo Boss’ perfume, it’s always he, that I remember.

The smell of ubat gigi reminds me of Khadeeja because she loves brushing her teeth.

Coffee smell reminds me of my morning routine at Starbucks in Menara Weld. And oh how I miss those days.

Some people told me that whenever they smell Clinique Happy perfume, it reminds them of me. Thank God I don’t smell like poo or garlic!

Whatever it may be, sometimes, when you crave to remember good memories, open up your senses and smell…

With all that is happening in this world, we really forgot that we do live under the same sun. So why the viloence? 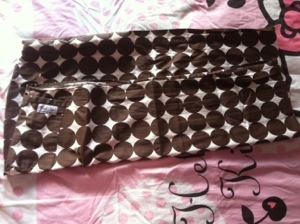 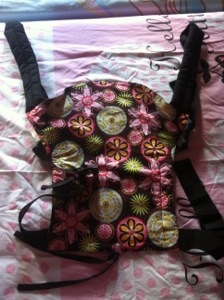 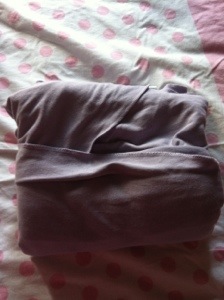 Postage on the house within Malaysia only. Just pay for the pre-loved baby stuff. Email me at ecoziah@gmail.com.

Today is the second day of Syawal and already I feel myself bloated like Aunt Marge (kindly refer to Harry Potter and the Prisoner of Azkaban). I’ve been eating kuih raya non stop since yesterday and been pacifying meself by saying “it’s ok. Breastfeeding mom needs the food to generate more susu.” And after setengah balang of kuih tat, I do the chant again. By the time I tell myself “this is not normal”, kuih tat pun sudah habis satu balang. I love kuih tat and biskut suji. I want to not care about my weight, since I’ve managed to bring it down to below 60kg now, but the more I think about the ‘below 60kg’ part, the more conscious I get about my food intake. Kadang-kadang terlupa pulak yang ada baby nak kena kasi susu. Conclusion? Makan saja lah.

How’s your raya going on so far? Mine, is fun. It’s always fun back here at my in laws. Maybe sebab still rasa suasana kampung. The girls are loving it. Loads of abangs and kakaks to play with. Today we had a lot of visitors. Families came to visit my in laws since my father in law is not feeling very well nowadays. Me, being me, always at awe by this family. They all look so normal. Bukan nak memperkecilkan. “Normal” means they look biasa-biasa only. But then you found out that almost everyone goes to overseas to study and the “normal” dude wearing the red t-shirt next to you is on his way to become a doctor. I guess humbleness is the biggest essence in being successful.

Eventhough I’m enjoying myself here, I do miss my family back in KK. I wonder how they surviving raya without the fun ol’ me.

It’s 9.28pm, the kids are asleep, I might as well get some rest as well. Maaf zahir batin to everyone. Enjoy your raya!